Are you finding it difficult to know if your lobster bisque can be frozen? Don’t worry, we will provide you with answers to that in this article, explaining to you other processes involved in making lobster and everything else you may want to know.

Can lobster bisque be frozen?

Yes, lobster bisque can be frozen. In fact, it is often recommended that you freeze it because this helps to maintain the flavor and texture of the soup. There are a few ways to go about freezing lobster bisque. You can either freeze it in individual servings or in larger batches. 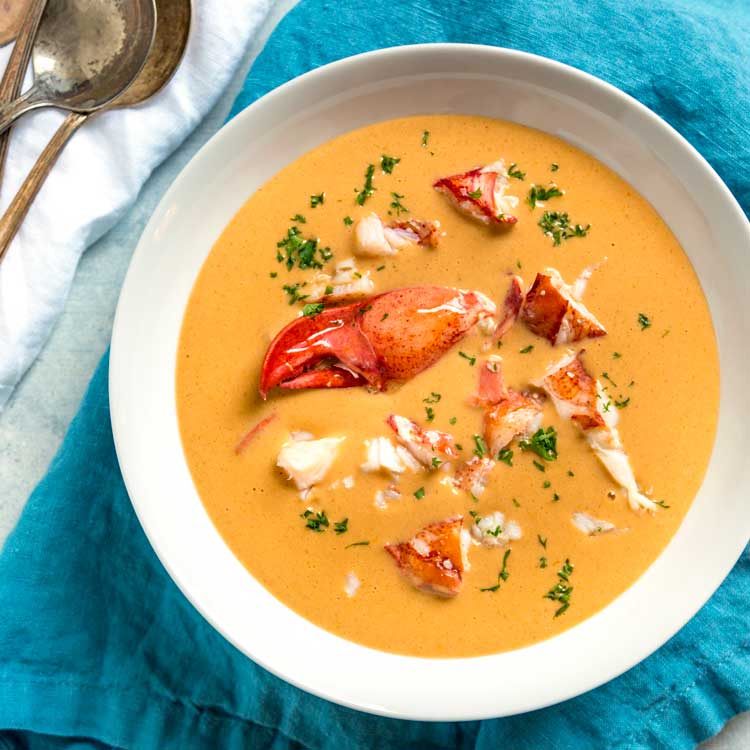 How can I freeze lobster bisque?

Many people would advise against freezing lobster bisque since not all of the components are freezer-friendly. While we agree that cream does not always freeze well, we also believe in providing you with choices.

Despite the cream, you may freeze your lobster bisque if you know how to reheat it to avoid it curdling or clumping after freezing.

Step-by-step guide on how to freeze lobster bisque

Before you move on, there are some ingredients that the lobster will be incomplete without mentioning; thus, that’s why we are putting out the ingredients for an easier process.

Although lobster bisque is commonly associated with lobster, it is not unusual for it to incorporate other forms of shellfish. Bisque may contain shrimp, lobster, crab, crayfish, or other crustaceans.

It may all be combined with lobster or used instead. Ingredients might vary, but we want to provide you with a decent starting point for basic ingredients because they can make a difference in the freezing process.

Here are some common ingredients used in making lobster bisque:

Lobster bisque is a creamy soup that is usually made with lobster meat, onions, and other vegetables. Lobster bisque can be made with or without milk, but it is often made with cream to give it a rich, creamy texture.

It is usually served hot, but it can also be chilled to make a refreshing summer soup.

What is the best way to reheat frozen lobster bisque?

There are a few ways to reheat frozen lobster bisque. The best way is on the stove, but it can also be thawed in the fridge overnight and then microwaved. One thing to note is that the cream will settle and separate from the soup during freezing and reheating. If you handle it properly, though, it should still be safe to eat.

Is it safe to freeze lobster bisque?

Lobster bisque is a creamy, luxurious soup that can be made from scratch relatively easily. After being cooked on the stovetop or in a slow cooker, it is very safe to be refrigerated in covered containers. If you want to freeze it, freeze it in small batches for the best quality.

Frozen lobster bisque will last for 3 months in the freezer. It is important to keep it in a tightly sealed container and place it in the fridge or freezer as soon as possible after purchase.

What are some tips for making lobster bisque?

Here are some tips for making a lobster bisque.

What are some serving suggestions for lobster bisque?

There are many different ways to serve lobster bisque. It can be served cold or hot, with a variety of different toppings and accompaniments. Some of the most popular serving suggestions include:

What are some common mistakes people make when making lobster bisque?

There are a few common mistakes that people make when making lobster bisque.

It is best not to freeze lobster bisque. The bisque will become too watery and the flavor of the soup will be ruined.

Can lobster bisque be frozen and still taste good?

Lobster bisque can be frozen and still taste good. It is best to use an ice pack during the freezing process to avoid a potential freezer burn.

How can you tell if lobster bisque has gone bad?

If your lobster bisque has gone bad, you should be able to smell it. Bad-smelling soup can indicate that the milk used for making the bisque is spoiled or expired.

What is the difference between lobster bisque and clam chowder?

Lobster bisque is typically a cream-based soup with chunks of lobster meat. Clam chowder, on the other hand, is tomato-based and contains clams and potatoes in addition to the cream.